I simply do not get the allure of old fashioned stockings with no elasticity.. no matter how many suspender clips I use they are always falling down and looking wrinkled.. far from sexy – they remind me of Nora Batty!! I hope you enjoy this song about her stockings! Followed by a rather lovely tribute to the last of the summer wine, which feels especially poignant at this time of year…

As the whole area gears up for the Nottinghill Carnival, it’s somewhat surreal here in Central West London. Oceans of red stripe fill fridges usually stocked up with wine and there is a bin on Bayswater High Street where people can dispose of their weapons.
Nearby Tescos (and a few other shops) has boarded up it’s Windows and beefed up the security team “”it’s like preparing for war” one member of staff tells me, “it’s cheaper to board up the windows than have them being broken” he adds that ‘looting’ is a common problem over this particular bank holiday weekend.

In the back streets of Marylebone I spot six members of police in uniform and two vans, one kitted out for ‘prisoners’, a strong smell of marijuana permeates the surrounding area.

Personally, I won’t be going to the Carnival- I have another great British tradition to attend to – a family bbq in the rain – however being older and wiser these days I’ll be eating before I get there, to avoid the food poisoning!!!

Well, it’s been a fun month or so I must admit! Thanks to everyone who came to visit but most especially thank you to the three lovely gentleman who left reviews – it really does mean a lot to me 🙂

You can find them here:

And I bet I’m not the only one having very naughty thoughts about ladies in very pretty dresses …..and many more about seeing them out of them too! 😉

I take my sexual health (and yours) very seriously and I take STI  tests on a very regular basis. I took my last STI tests (including bloods) on the 1st June 2016, all results were negative.

Ladies and Gentlemen. I know it’s been a tough week! Five days work packed into four and everyone who could take time off has … leaving those behind with less time to do more work! Or perhaps you’re taking a well deserved rest? Either way it’s the perfect time to destress! 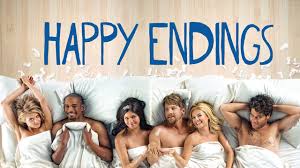 So why not treat yourself? I’m here to look after you 😉

As a lot of people are allergic to animal hair and I’d hate them to leave me with a rash!

However this looks purrrrfect!

But I must admit she looks super hot in this video – I’d love to get into that bath with her and cheer her up!

Sex is Good for You

We All Have Secret Lives…Let Me Be Part of Yours?
Blog at WordPress.com.
Loading Comments...